With cinema as a focal point, Ragtag Film Society exists to captivate and engage communities in immersive arts experiences that explore assumptions and elicit shared joy, wonder, and introspection.

We practice decision-making, programming, and presentation with respect, accountability, and transparency.

We honor the dignity of every human. We are an organization of diverse individuals possessing a variety of perspectives, identities, and lived experiences. We recognize that to create an inclusive and intellectually vibrant community, we must understand and value both our individual differences and our collective similarities. All ideas are welcomed as part of a culture of creative initiative bolstered by close collaboration, fierce debate, and rigorous vetting.

We believe that cinema, music, art, and education are vital and transformative, and when presented in a high-spirited and fun environment, that transformation is elevated. We approach our work with the same expectation of fun, satisfaction, and transformation.

We aspire to create a sustainable experience for our staff and volunteers, work towards a greener world, and bolster the artistic contributors who fuel our programming. We support that which sustains us, and internally we are nimble and adaptable, which allows us to respond quickly to new opportunities and challenges. 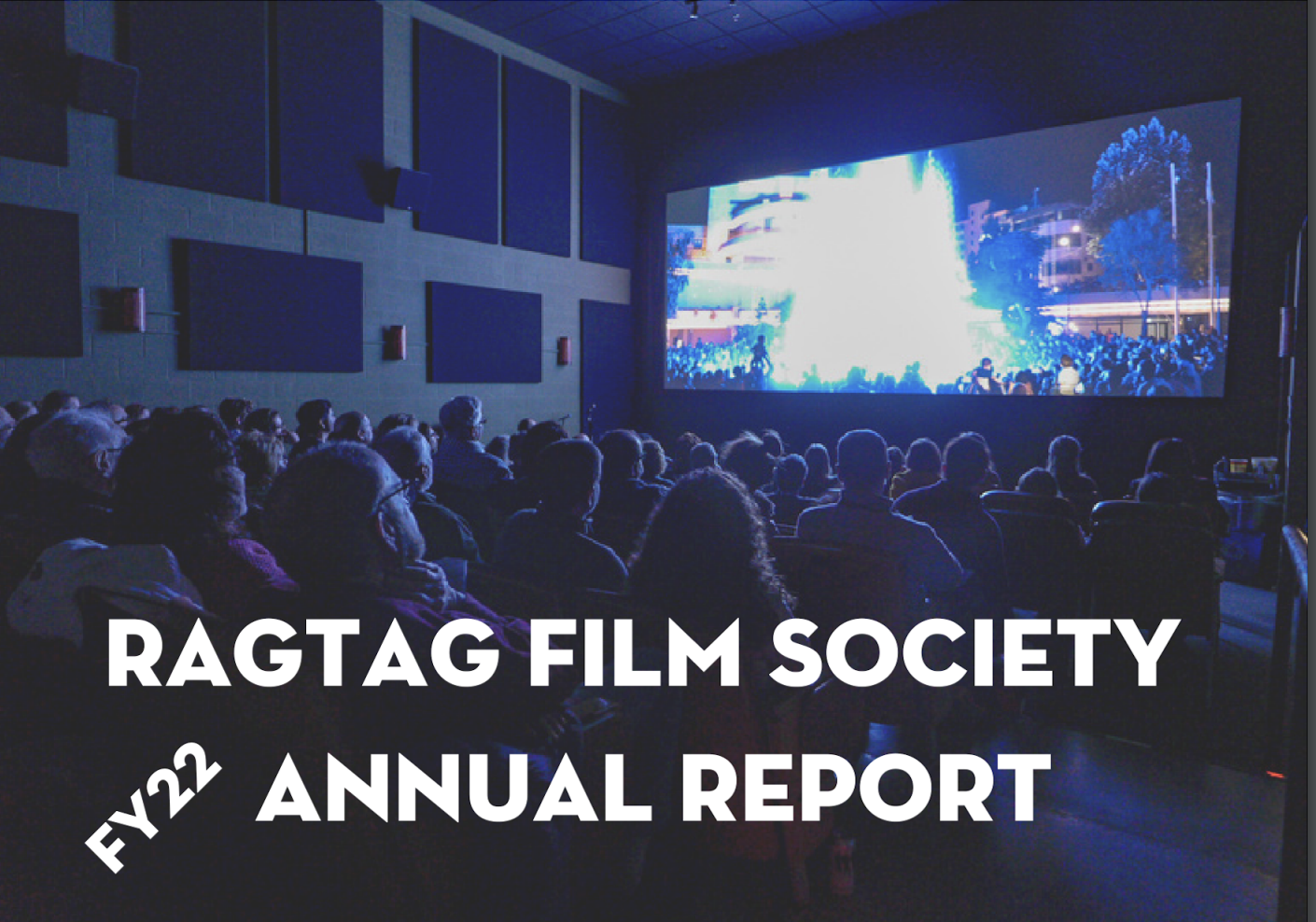 Meanwhile, Ron Rottinghaus, Tim Spence, and Holly Roberson (Bonavita Enterprises) had a vision for a combination bakery, bar, and occasional movie house. Forces were joined, support was mustered, but no viable location could be found. Finally, in May 2000, Bonavita Enterprises opened Ragtag Cinemacafé at 23 North 10th Street, in part due to the benevolent support of Margot McMillen. Housed in a storefront below the local Odd Fellows lodge, the 10th Street theater was an intimate, eclectic space with 70 seats made up of donated couches and salvaged office chairs. The first official screening, on June 2, was Christopher Guest's Waiting for Guffman (a Missouri favorite). In June 2001, Uprise Bakery, also a Bonavita project, opened around the corner, at 816 E. Broadway, offering customers full-flavored artisan and whole-grain breads, homemade soups, specialty sandwiches and pastries. Even before its opening date, Uprise Bakery provided inspired bread, soups, snacks, and a bar, forming the basis of unique, house-made concessions and grown-up beverages for Ragtag Cinemacafé's patrons.

A hugely popular screening of Alfred Hitchcock's Rear Window at the Missouri Theatre, in 2000, and a fundraising dinner hosted by cinephile and early Ragtag supporter Dr. Sarah Riddick made it possible for the society to purchase a 35mm projector for the Missouri Theatre, which led to four years of ambitious collaborative programming. The historic 1,200-seat theater was home to a sold-out show of Sing-Along Sound of Music and the silent film classic Nosferatu with live accompaniment by the Alloy Orchestra.

In February 2004, Ragtag supported the first True/False Film Festival (the second project of our nonprofit), which sold 4,000 movie tickets at three venues over a three-day weekend. Highlights from the first fest include opening-night film Touching the Void, and Errol Morris's The Fog of War. Since that time, True/False Film Fest has increased audience size tenfold, dropped the "-ival", tripled its number of venues and expanded to a four-day festival, featuring more than 120 screenings, as well as concerts, panels, multidisciplinary media events, art installations, epic parties — and a parade.

By late 2006, Ragtag Cinemacafé and its audiences had outgrown its intimate lobby, single bathroom (inside the theater!), and aging projection equipment. The board of directors launched a capital campaign to raise funds for a new theater space and all its accoutrements. Within two years, the community had contributed around $250,000 to cover much of final construction, seating, screens, curtains, box office, ticketing system, and projection equipment.

In 2015, the nonprofit changed its name from Ragtag Programming for Film and Media Art to the more digestible Ragtag Film Society.

Also in 2015, the cinema added a 35mm change-over system in our large auditorium. This allows us to exhibit archival prints and films not yet transferred to a digital medium.

Ragtag Cinema humbly thanks everyone who has participated in the creation and operation of the theater. As patrons, volunteers, donors, members, presenters, and filmmakers, you have made Ragtag Cinema what it is today.