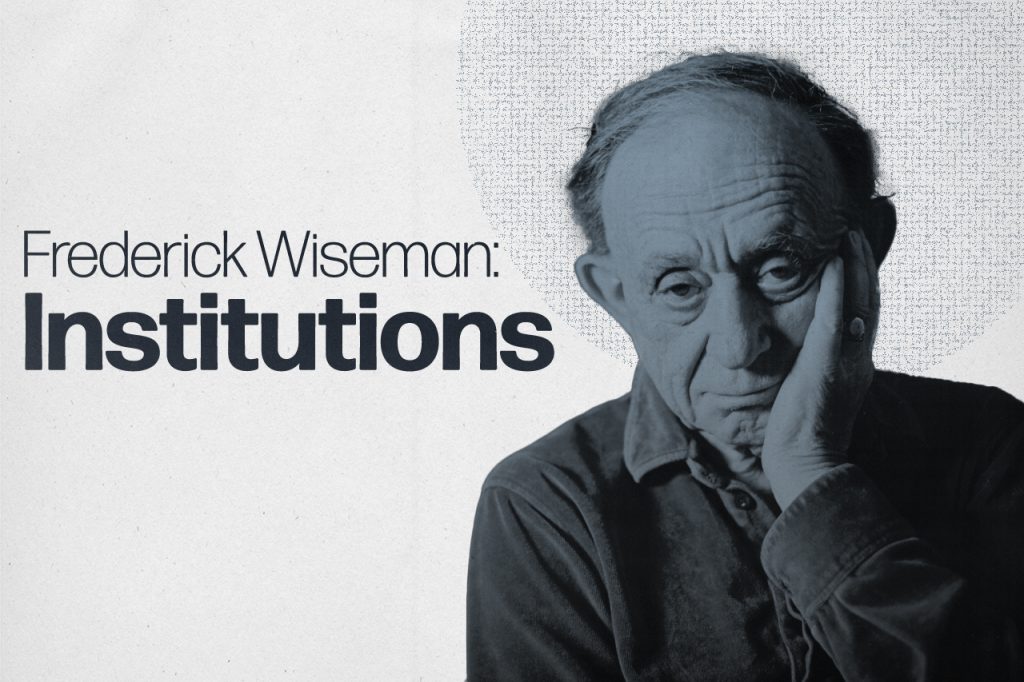 A tireless filmmaker with a career spanning seven decades, Frederick Wiseman has made forty-five feature films and often wears multiple hats as director, sound engineer, editor, and producer. Working with a skeleton crew, Wiseman immerses himself inside the institutions that he documents for stretches of time before heading to the cutting room and building a cinematic portrait of the place.

He observes the inner workings and rituals of spaces we often inhabit without thinking—from schools to department stores, welfare offices and museums—and by filming their infrastructure and internal logic, probes into the role they might play within society and human experience at large. He often refers to his work as ‘reality fictions’ and prefers to utilize a patient gaze and precise framing, avoiding any interference from voiceover, interviews, or title cards.

This season brings together eight titles from across Wiseman's filmmaking career, including his first credit as producer on Shirley Clarke’s docufiction The Cool World. It’s also a rare opportunity to see selections from the program on their original 35mm format.

The season is presented in partnership with the
Jonathan B. Murray Center for Documentary Journalism.