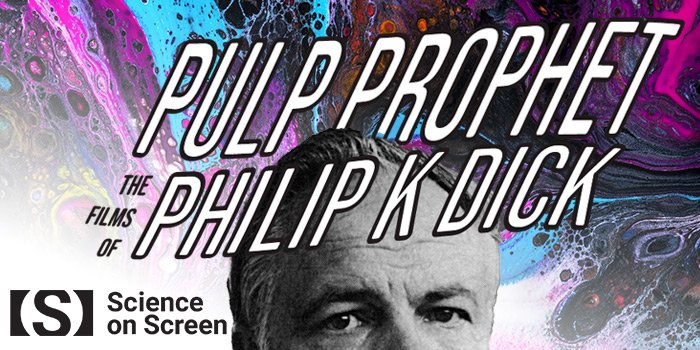 Four visionary adaptations of one of Sci-Fi's most prolific visioneers and one strikingly Dickian documentary. With live presentations by notable figures from the world of science, technology, engineering and medicine.

From 1952-1982, Philip K. Dick authored 44 novels and 121 short stories before dying in relative obscurity. The year of his death saw the release of Ridley Scott's Blade Runner, and with it, an explosion of adaptations that continues today.

Philip K. Dick's expansive science-fiction oeuvre was less about the aliens and locales that oft-populated his stories, rather, the hallmark of his influence is his questioning:

What is it to be human, and what is the fundamental nature of reality?

These visions of the future were defined by unease, paranoia, and a dissolution with government and technology. No matter the planet, they existed in a universe that may not be alone — for Philip K. Dick, the existence of the multiverse was unquestionable, and with it concepts of precognition, subjective reality, and multiple slippery senses of self.

An initiative of the Coolidge Corner Theatre, with major support from the Alfred P. Sloan Foundation.