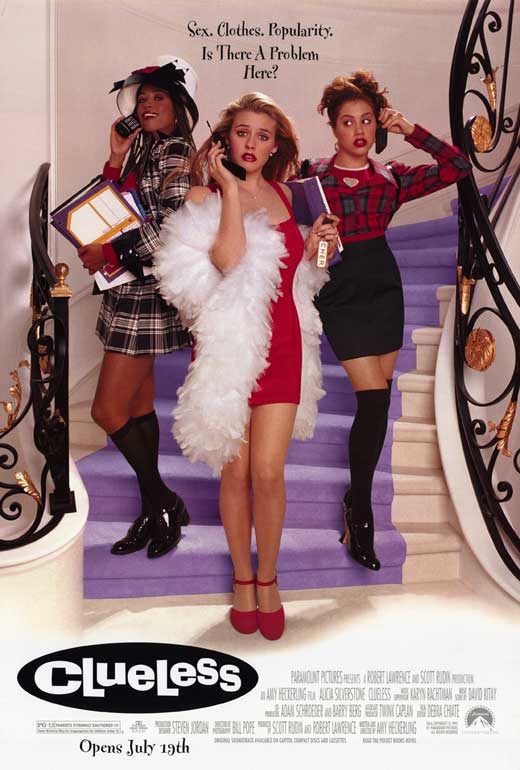 This film is part of the series COMO Famous: 2022

Molded from Jane Austen's Emma, the Regency comedy of manners and errors, Clueless finds the shallow and rich Cher as matchmaker — giving back to the community and helping the less fortunate by making-over a tragically unhip new girl at school.

Ming Hsieh has lived in Columbia for 35 years and owns the very successful nail salon, Polished (in Como). She believes the two major factors that make Columbia great are its diversity, thanks in large part to the University, and the abundant support of the community. Everyone really lends a helping and supportive hand to each other and it positively impacts the daily lives of everyone here. The first movie she saw at Ragtag was Rocky Horror Picture Show and she comes in with a strong vote for Shakespeare's Pizza as the best in town. Her hidden talent is always bringing the right snack at the right time for any occasion and at happy hour, buy her a Tito's with club soda and lime and she'll be happy.

"There may never be another Clueless but writer-director Amy Heckerling gave us a gem for the ages."

"The movie is aimed at teenagers, but like all good comedies, it will appeal to anyone who has a sense of humor and an ear for the ironic."

"With a huge impact on popular culture thanks to its fashion, performances, and stand-out soundtrack, Clueless is far smarter and wittier in its commentary on gender and class than its title would have you think."
–Rebecca Harrison, The Afternoon Show
Manage Cookie Consent
To provide the best experiences, we use technologies like cookies to store and/or access device information. Consenting to these technologies will allow us to process data such as browsing behavior or unique IDs on this site. Not consenting or withdrawing consent, may adversely affect certain features and functions.
Manage options Manage services Manage vendors Read more about these purposes
View preferences
{title} {title} {title}