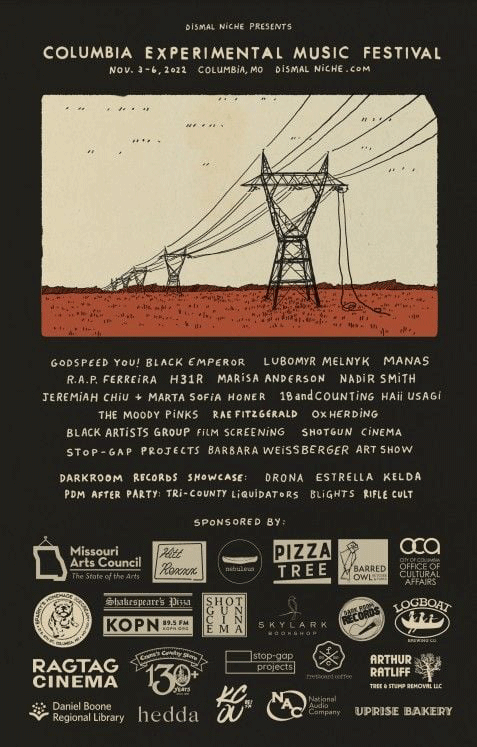 Presented in conjunction with Columbia Experimental Music Festival and curated by Shotgun Cinema, experience an international program of contemporary experimental films, with a live performance from Oxherding. Ticketing for this event is managed by CEMF

Tickets are $5. If tickets remain day-of, they can be picked up in person at the Ragtag Box Office starting 20 minutes before the show start!

Lungta, or horse wind, is in Buddhist traditions the name of the horse archetype and it refers to an allegory of the human soul, symbolizing the spiritual and the metaphysical. Lungta evokes the internal air, the wild, the ephemeral.

Lungta is also an homage to Berlin Horse by Malcolm LeGrice (1970), an iconic work in the Avant Garde, specifically in regards to the relationship between the visual and auditory elements, as LeGrice proposes, a formal analogy between the two.

Commissioned Piece for Umbrales FICUNAM (2022). The sound composition in Lungta is created by Martín Baus.

Alexandra Cuesta’s enigmatic film derives its title from the mythical Tibetan creature (literally, “wind horse”) that symbolizes the air or spirit within the body. Combining sound artist Martín Baus’s distorted aerophonic score with blurred 16mm footage, Lungta foregrounds the material substructure of the filmic process while invoking the history of Muybridge’s earliest experiments in chronophotography, which gave motion to still images for the first time.

A short experimental film that meditates on the illusion of movement in cinema. Created as an audiovisual score in time, the structure of the film is divided in three parts: figurative movement, apparition of the images and repetition. The film uses a single shot of 25 seconds in length, reconfigured into ten minutes. The shot, in which appears a horse on a field looking at the lens, was filmed many years back unknowingly using a malfunctioning Bolex camera. When the footage came back from the lab I encountered a single continuous image that did not distinguish individual frames. The camera plate had stopped working, therefore the film was not stable during exposition. At the time, I saw the footage as a failed intent and left it aside. Now, many years later, as I was going over my archives thinking about this commissioned piece, I find these images yet the passing of time has re-signified my perception. The image takes over me, an  apparition of a being that breathes and looks from an internal eye.

The Red Tide follows my mother on a life changing move to Florida. Her new home is located near famous earthworks by Robert Smithson, the enormous art collection-turned-museum of John Ringling, and beaches plagued by a toxic phenomenon called the ‘red tide’. Beginning with a recreation of Nancy Holt and Robert Smithson’s 1969 film, Swamp, the film describes a confusion between multiple anxieties: art’s legacy, climate change, and a longing to stay connected.

Through his deft hand-processing and manipulation of 35mm film stock, Pablo Mazzolo creates a kaleidoscopic landscape study of sites in and around the transborder agglomeration of Detroit, Michigan, and Windsor, Ontario. Transforming this space into a pulsating environment of liquid terrain, volatile abstraction, and an ever-changing color palette, The Newest Olds also draws on archival sound and field recording to reveal the two cities’ energies of uncertainty and unrest.

Polycephaly in D is a densely collaged exploration of the existential drift, collective trauma, and psychological free-fall of the contemporary moment. Leaping, falling, and meeting your new self in an earthquake; we lose one head so as to grow another.

"With Polycephaly in D, Michael Robinson brings his pop-archivist sensibility into conversation with the current moment. Suffused with existential dread that taps directly into pandemic-era anxieties, the film tells a story of two telepaths through a montage of found footage of natural and manmade disasters, both real and fictional. In its most inspired sequence, scenes from The Hunger Games: Catching Fire, the 1976 remake of King Kong, and the 1984 action-adventure comedy Romancing the Stone are intertwined into a weirdly romantic vision of the apocalypse.”

"What gradually emerges from this roiling cascade of garish imagery—which extends Robinson’s investigations with the detritus of pop culture, while approximating the surreal collisions of everyday doomscrolling—is the terror of being caught in an eternal, undifferentiated present. But as in Onward Lossless Follows (2017), there is in Polycephaly the humorous release of realizing the contingency of a debased present-tense view. In the film’s flashes of illumination, we realize that even amid the flood, we are capable of seeing otherwise."

Dawn breaks where land is flesh

Future is catching us up at last,

And all the dead are ahead of us.

Like so many before him (Cézanne, Turner, O’Keeffe, Brakhage), Saïto coaxes complex shapes and patterns from the natural environment, hills and skies rendered in electric hues of lilac, teal, and royal blue … Some of the tones recall late Warhol (especially the Electric Chairs series) … A major film from a singular artist, earthearthearth is a pulsing, painterly tour de force.

Watching earthearthearth, I understand why early 20th-century painters had despaired when film was first invented. Once you feel color breathe like this, a canvas never looks the same. In earthearthearth, color is the real protagonist, nature its pale shadow. To put it plainly, there is only film.

It is as if we are watching a movie shot by some primeval witness to the beginning of the world.

earthearthearth crystallizes into a multifaceted gem, shimmering with each light-encrusted frame. Like a constantly metamorphosing series of paintings, the film astonishes with its shifts of pigment, texture, and composition.

Established in 2013 in New Orleans and now based in Columbia, MO, Shotgun Cinema's mission is to celebrate cinema through the filmgoing experience. Along with ongoing screening series in collaboration and on its own, Shotgun Cinema provides training and equipment to film festivals and motion picture presenters throughout the U.S. 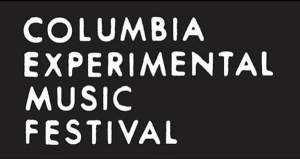