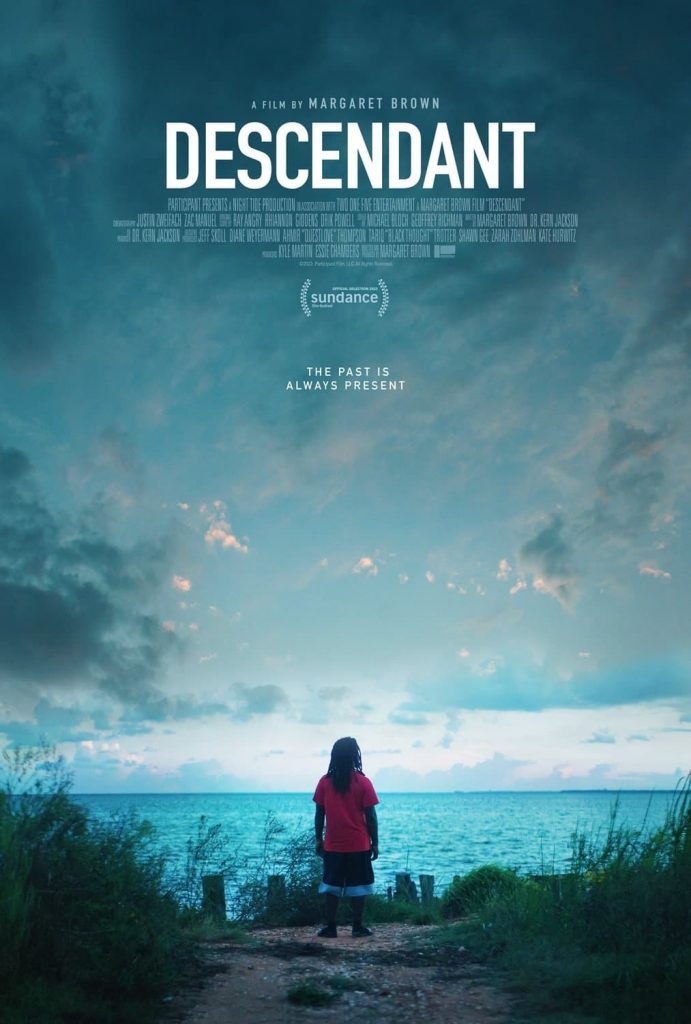 September 11, 2022
True/False Film Fest and the University of Missouri’s Jonathan B. Murray Center for Documentary Journalism are thrilled to collaborate in spotlighting essential new nonfiction with an annual community screening at the beautiful and historic Missouri Theatre.
watch trailer

The Clotilda was the last known ship illegally carrying enslaved Africans to arrive in the United States and after a century of secrecy and speculation, the ship was resurfaced in 2019 in Mobile, Alabama. Filmmaker Margaret Brown (The Order of Myths, T/F 2008) returns to her hometown to document the historic discovery and the ripple effect of consequences for the local descendant community of Africatown. A poetic and moving portrait of a community and their relentless pursuit of the truth, Descendant grapples with the complexity of their history and poses questions about what justice looks like today.

There will be an in-person Q&A with director Margaret Brown after the film.

Doors & Music by Sam Wells at 6pm; Film start at 6:30pm. No ticket required, but you can RSVP to the Facebook event!

Note: This special event screening is located at the Missouri Theatre!