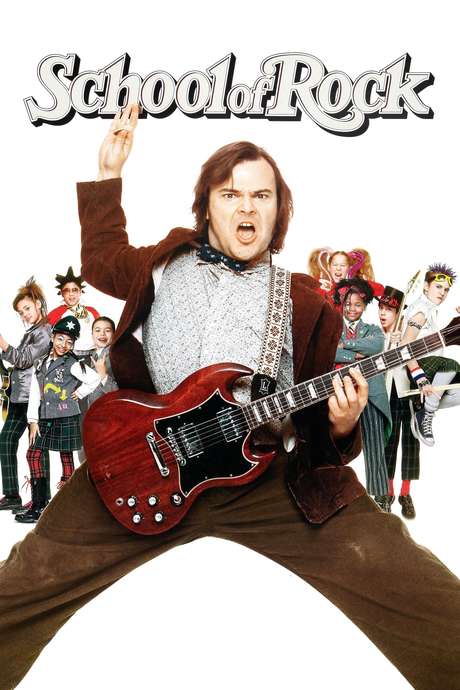 August 15, 2022
It's a long way to the top if you want to rock 'n' roll. The Jack Black academic classic is presented by Extra Credit
get tickets
watch trailer
letterboxd

This film is part of the series Extra Credit

Fired from his band and hard up for cash, guitarist and vocalist Dewey Finn finagles his way into a job as a fifth-grade substitute teacher at a private school, where he secretly begins teaching his students the finer points of rock ’n’ roll. The school’s hard-nosed principal is rightly suspicious of Finn’s activities. But Finn’s roommate remains in the dark about what he’s doing.