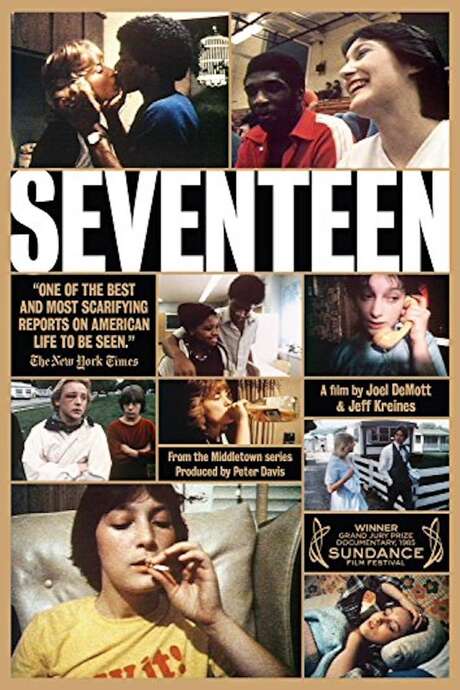 In their final year at Muncie Indiana's Southside High School, a group of seniors hurtles toward maturity with a combination of joy, despair, and an aggravated sense of urgency. They are also learning a great deal about life, both in and out of school, and not what school officials think they are teaching.

Produced as part of Peter Davis' expansive non-fiction series The Middletown Project for PBS. One of six other films in the series, Seventeen is the most celebrated and infamous, awarded the Grand Jury Documentary prize at Sundance and banned from broadcast.

One Read, coordinated by the Daniel Boone Regional Library and now in its twenty-first year, is a community-wide reading program sponsored by a task force of local media and community agencies.

"one of the best and most scarifying reports on American life to be seen on a theater screen. It's Seventeen that haunts the memory. It has the characters and the language—as well as the vitality and honesty— that are the material of the best fiction. Ferociously provocative."

"Working with lightweight camera rigs they developed themselves, Jeff Kreines and Joel DeMott (who, despite the name, is female) approach the subjects of their documentary – working-class teenagers in Muncie, Indiana – man-to-man and woman-to-woman. The immediacy is refreshing, and shocking. As searing as it is rambunctious, this film brings out all the middle-class prejudices against the working class that American movies rarely confront."