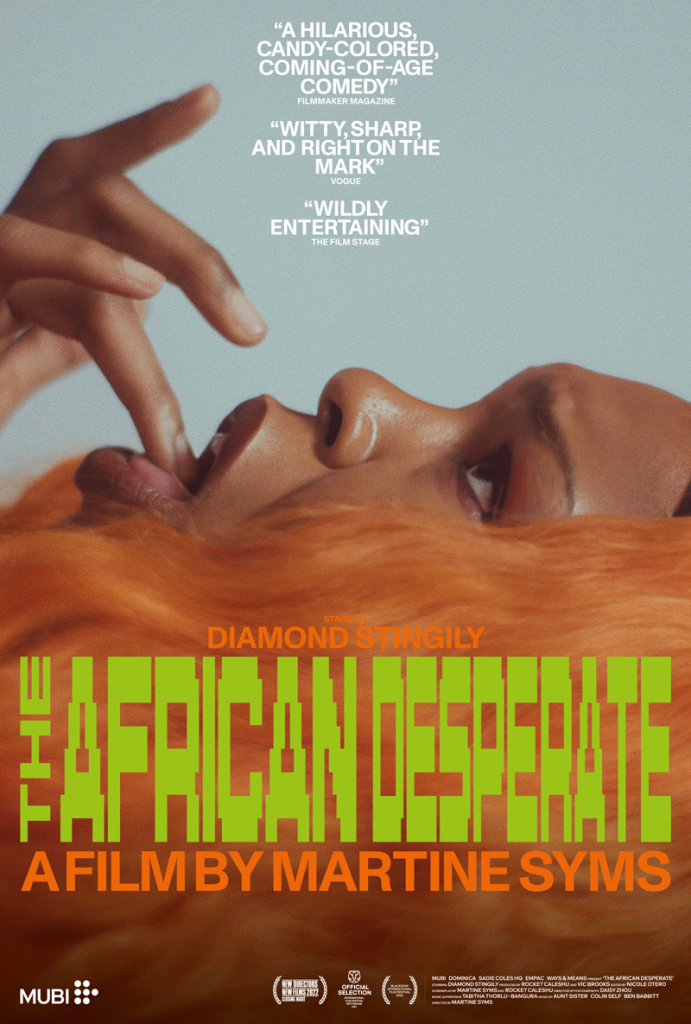 The last day of a Black artist's MFA program yields a needle-sharp satire of sex, drugs, and art-world pretensions in the Internet age.

"Rollicking, piercing, and wildly entertaining, The African Desperate is pitched along the border that runs between being excited for one’s future and terrified about not knowing what it’ll look like... [It] is an electrifying, riveting odyssey, and Stingily—with her deadpan humor and no-nonsense swagger—makes its ending all the more cathartic."

"With its everyday setting and social interactions mixed with an obtrusive, innovative soundtrack (composed by the band Aunt Sister, along with Colin Self and Ben Babbit) and hyperactive visual style, The African Desperate straddles the line between shock and banality."