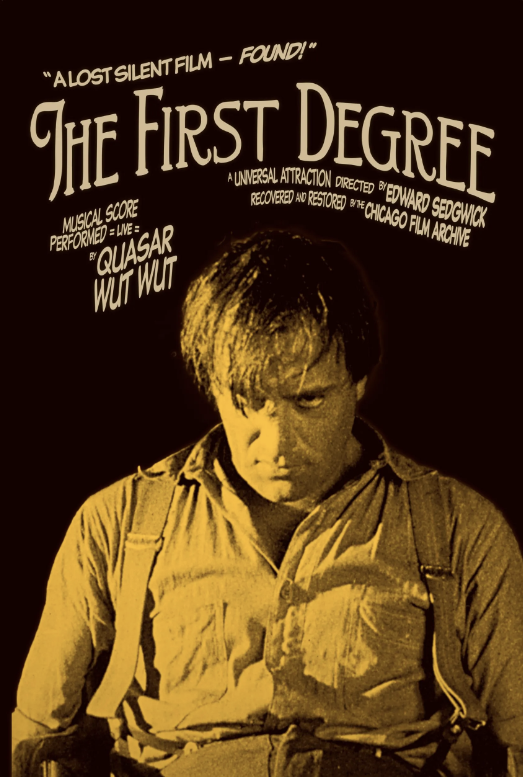 Frank Mayo stars as a good-hearted sheep farmer ruthlessly blackmailed by his jealous half-brother. Ratcheting tensions explode in a rural courtroom confession of murder recalled through flashbacks and daring impressionism.

Like most feature films made during the silent era, The First Degree was presumed lost forever — until an original 35mm nitrate film print from 1923 was discovered and digitally restored by the Chicago Film Archives.At nearly 100-years-old, the film made its 21st-century premiere at Chicago's Gene Siskel Film Center—and is coming soon to Columbia.

Tickets: $15 / $6 for Members
No free passes, discount promotions, nor member punches will be honored for this special event.

“There are five reels of bully entertainment in this picture, with no waste material clogging up the action, and a surprise finish that gets across with tremendous effect.”
—Exhibitor’s Trade Review

"A great night for cinephiles...This was a blast, and hearing Quasar Wut-Wut's live accompaniment really made it come alive."
—Michael Phillips, The Chicago Tribune