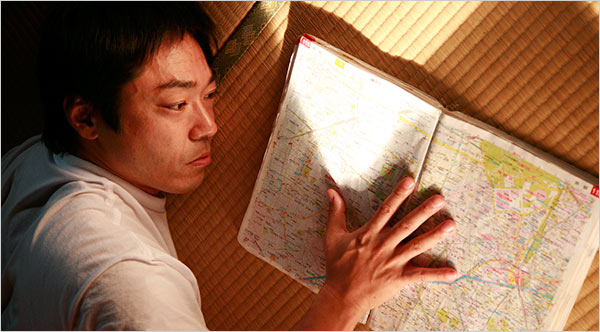 We're nearly halfway through the year, and so far 2009 hasn't offered much in the way of well-crafted movie pleasure. Thank goodness, then, for Duplicity, the new film by Michael Clayton writer/director Tony Gilroy. Essentially an airtight yarn of spy-vs.-spy game-playing, it's the smartest, sexiest movie to be released this year, and features some of the wittiest dialogue in recent memory. To say that it's "well-written" may seem like faint praise, but nowadays movies blessed with such a virtue are practically anomalous. Ragtag's pull-quote for the DVD release: "It's the most fun we've had at the movies all year!"

Also opening today is Tokyo!, a new triptych of mini city symphonies from three of the most unusual and talented directors on the international movie scene, modern-day surrealist Michel Gondry, horror-master Bong-joon Ho, and French obscurity Leos Carax. Carax's short stars Denis Lavant doing what he does best. Watch the trailer for a taste.