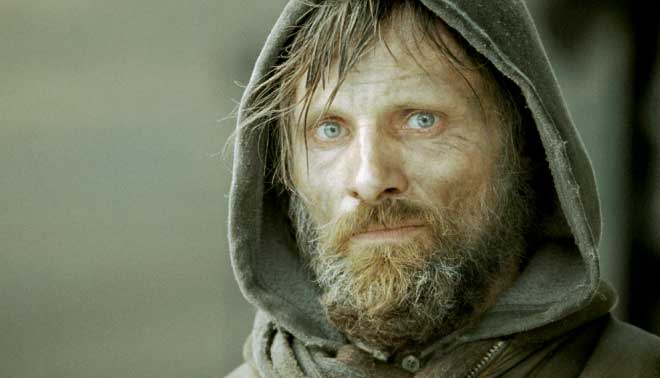 John Hillcoat's resonant and unsettling adaptation of Cormac McCarthy's (No Country for Old Men) postapocalyptic novel opens Friday, December 18th. "Whereas Cormac McCarthy is an author to whom cynicism comes easy, director John Hillcoat (The Proposition) is a filmmaker whose doubt about mankind's capacity for good comes laced with a tinge of humanistic hopefulness," writes critic Nick Schager. "And while McCarthy's curt, hard prose best reflects his worldview's bleakness, Hillcoat's direction of the novelist's Pulitzer Prize-winning The Road captures, with assuredness and sincerity, both the compassionate as well as the cold found in McCarthy's tale..."

We encourage both readers and non-readers of McCarthy's story to share their thoughts on the film in the comments section below.