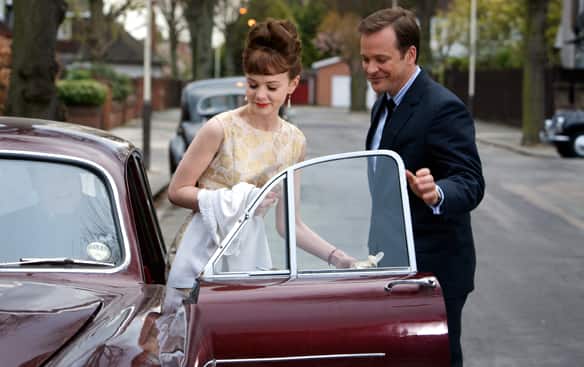 An Education, a coming-of-age study of teen girlhood in early '60s London, and a likely Oscar contender, opens Friday, November 20.  "As you may have heard, a star is born in An Education," writes Rob Nelson for IFC.com. "As Jenny, an early 60s suburban London teen who considers giving up Oxford for a man almost twice her age, Carey Mulligan is a stunner -- quick-witted and graceful in the old school rom-com tradition. The movie, too, is a snappy throwback to earlier charms -- part of the current pre-sexual revolution revival, along with Mad Men and the Beatles reissues (the first half of them, anyway). Pleasingly conventional, An Education teaches us again that there's almost nothing harder to resist in movies than a girl's makeover, particularly when the change is philosophical as well as cosmetic."

Check our Coming Soon page for some of the film opening in December.